O Gladsome Light of the holy glory of the Immortal Father, heavenly, holy, blessed Jesus Christ. Now we have come to the setting of the sun and behold the light of evening. We praise God: Father, Son, and Holy Spirit. For it is right at all times to worship Thee with voices of praise, O Son of God and Giver of Life, therefore all the world glorifies Thee. (“O Gladsome Light, English lyrics, Orthodox Churches) 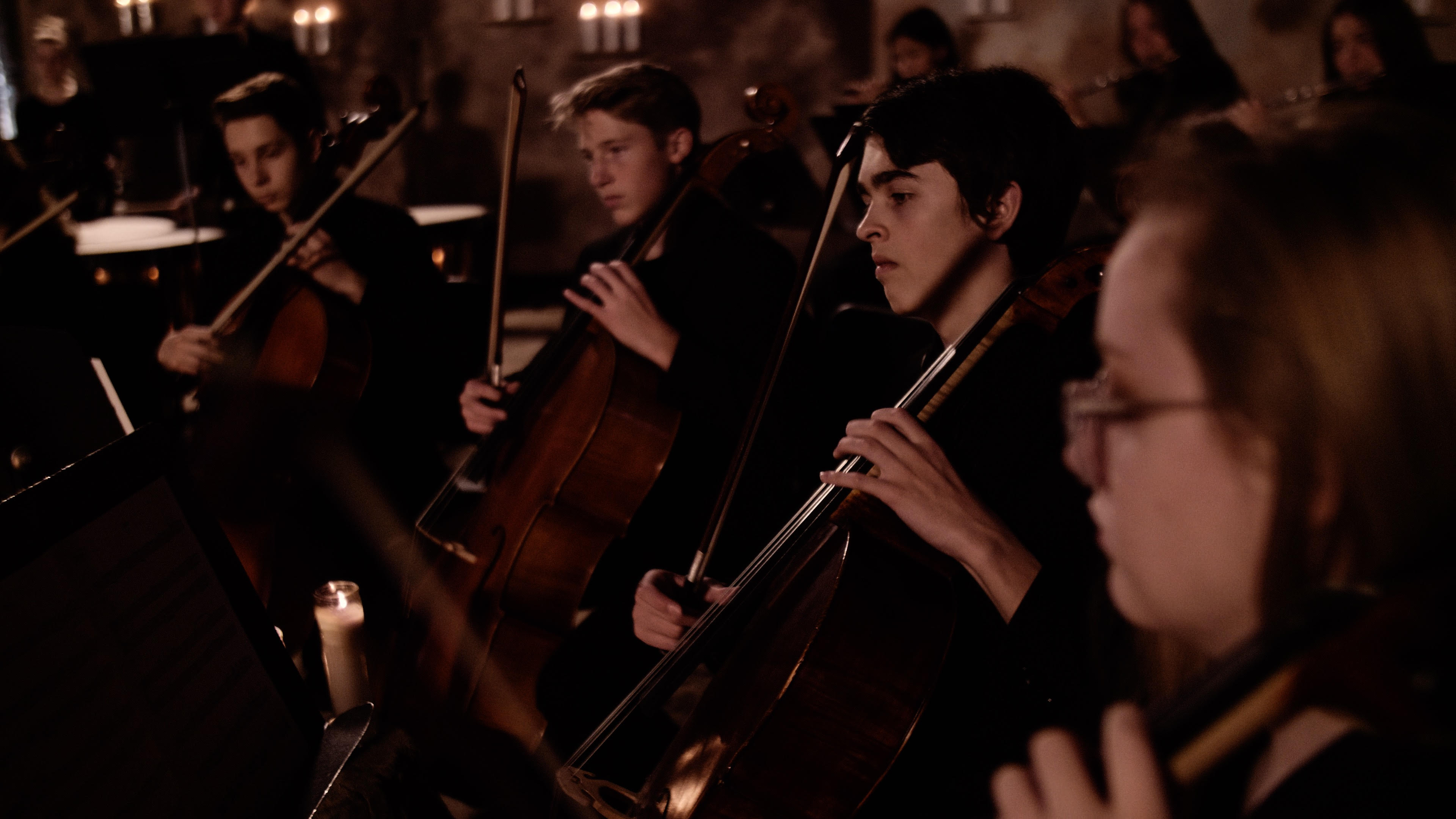 Music has played a part in the events of man’s everyday life since his earliest days. For example, in the Old Testament of the Bible in Exodus 15, we learn of the musical festivals after the children of Israel crossed the Red Sea. At times music has also accompanied men into battle and has been used to celebrate victories in war. Songs and dances were used to honor kings at their coronation. Throughout history, music has been used to soothe troubled minds, accompany prophesying, and to express personal sorrow. In the Psalms, David used music to describe personal emotions as well as adoration to God.

Henry Wadsworth Longfellow once said, “Music is the universal language of mankind.” Where spoken words may not be able to convey a message, the sounds of music can. Music speaks to the very core of our souls. 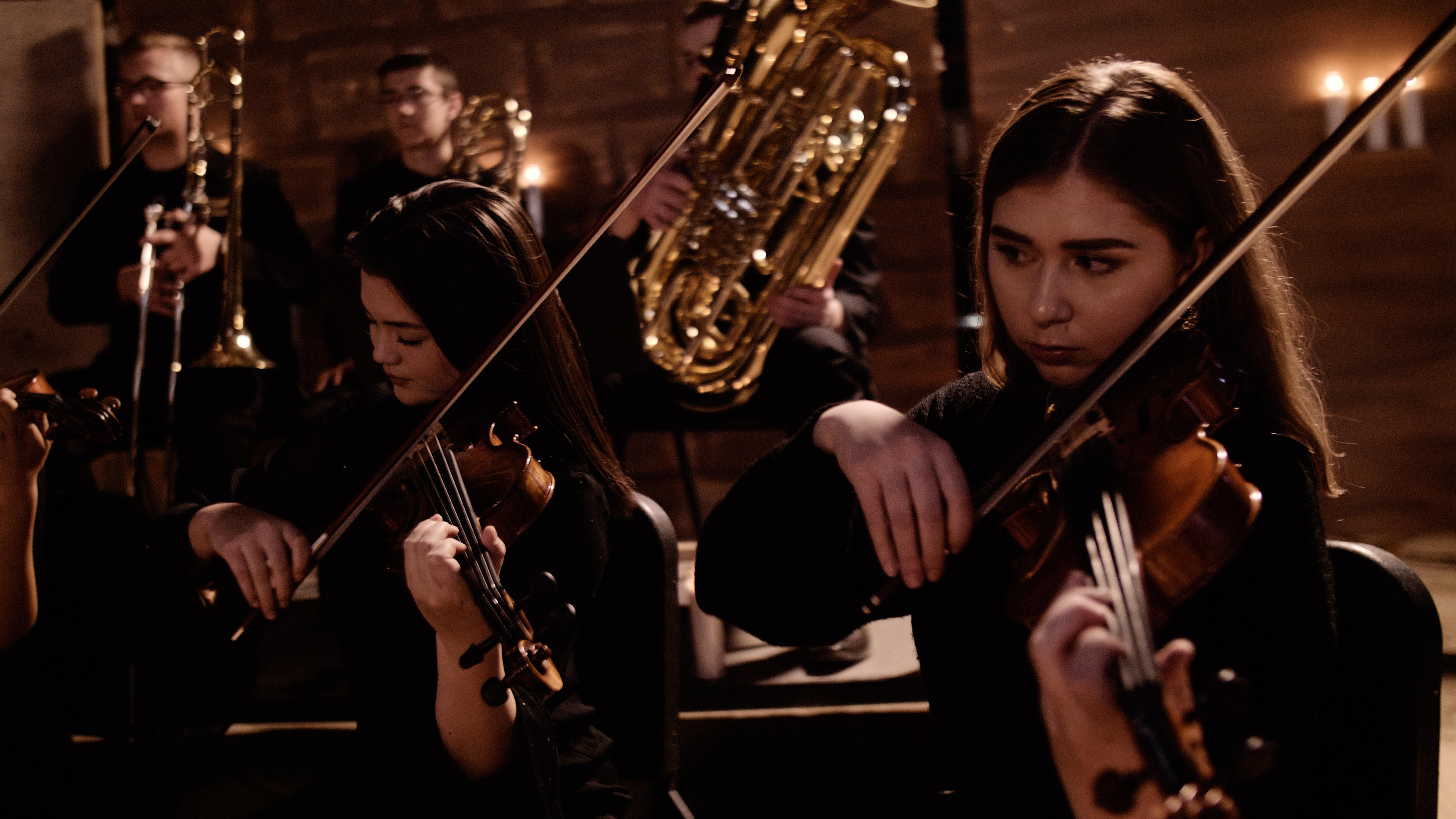 English essayist Joseph Addison said, “Music wakes the soul and lifts it high, and wings it with sublime desires, and fits it to bespeak the Deity.” During the darkest nights, in times of adversity and distress, music can soothe the aching soul and bring calmness and peace that a person yearns for. It is through the venue of music that we also express our jubilation, praise, and thanksgiving to Him – He who is both the Light and the Life of the world!

Malachi, the last of the prophets recorded in the Old Testament, proclaimed, “Behold, I will send you Elijah the prophet before the coming of the great and dreadful day of the Lord: and he shall turn the heart of the fathers to the children, and the heart of the children to their fathers, lest I come and smite the earth with a curse.” (Malachi 4:5-6) That the Lyceum Philharmonic at American Heritage School would title their new inspirational album, Turning Hearts, is befitting as each of the 12 dynamic tracks bespeak to the hearts of the fathers, as well as to the hearts of the children. The album, which is due to be released on Friday, 15 November 2019, is comprised of a cornucopia of magnificent symphonies, each of which are living testimonies of the Savior – the Living Light of the world. It features special guests GENTRI, violinist Caroline Campbell, and Steven Sharp Nelson of The Piano Guys.

The album we’re releasing is called Turning Hearts and I was curious how far back we can go musically. The amazing thing about orchestral instruments is that they really haven’t changed much over the past two or three hundred years. In a way, playing the violin or cello really is turning your heart to your fathers. 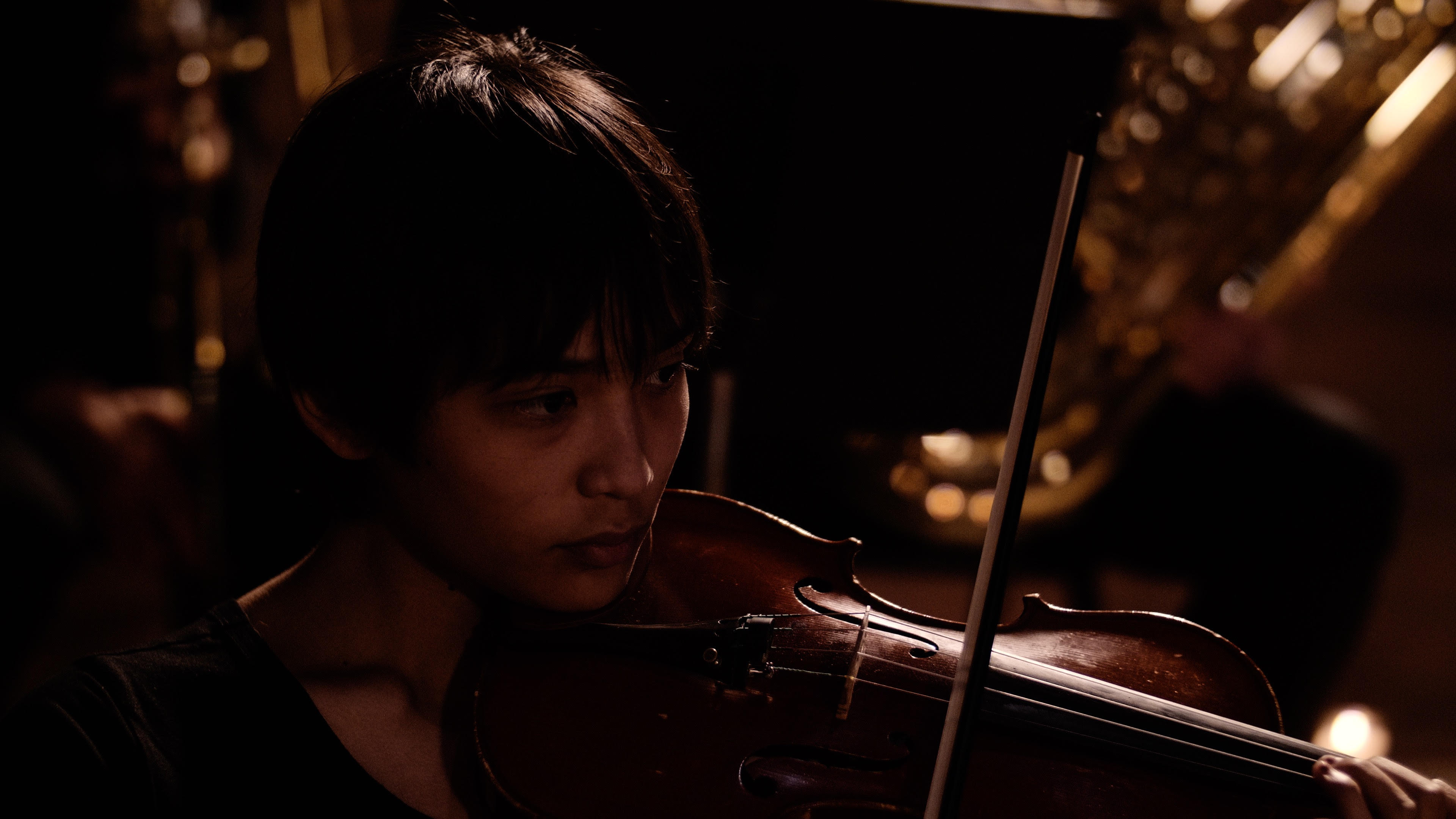 In preparation for the release of the new album, The Lyceum Philharmonic at American Heritage School, featuring the rich tenor voices of GENTRI, released a heart stirring music video on Friday, 8 November 2019. The song that GENTRI sings in the video is an ancient Christian song called “O Gladsome Light.” The hymn, also known in English as “Hail Gladdening Light,” is the earliest known Christian hymn, recorded outside of the Bible, that is still being used today. Featured as part of the vespers (principal evening services) in the Byzantine Rite, the hymn is also included in some modern Anglican and Lutheran liturgies. It predates nearly every known religion in today’s Christianity and is perhaps unfamiliar to many. Kayson Brown also notes that “200 AD predates musical notation or any of the modern instruments we play.” 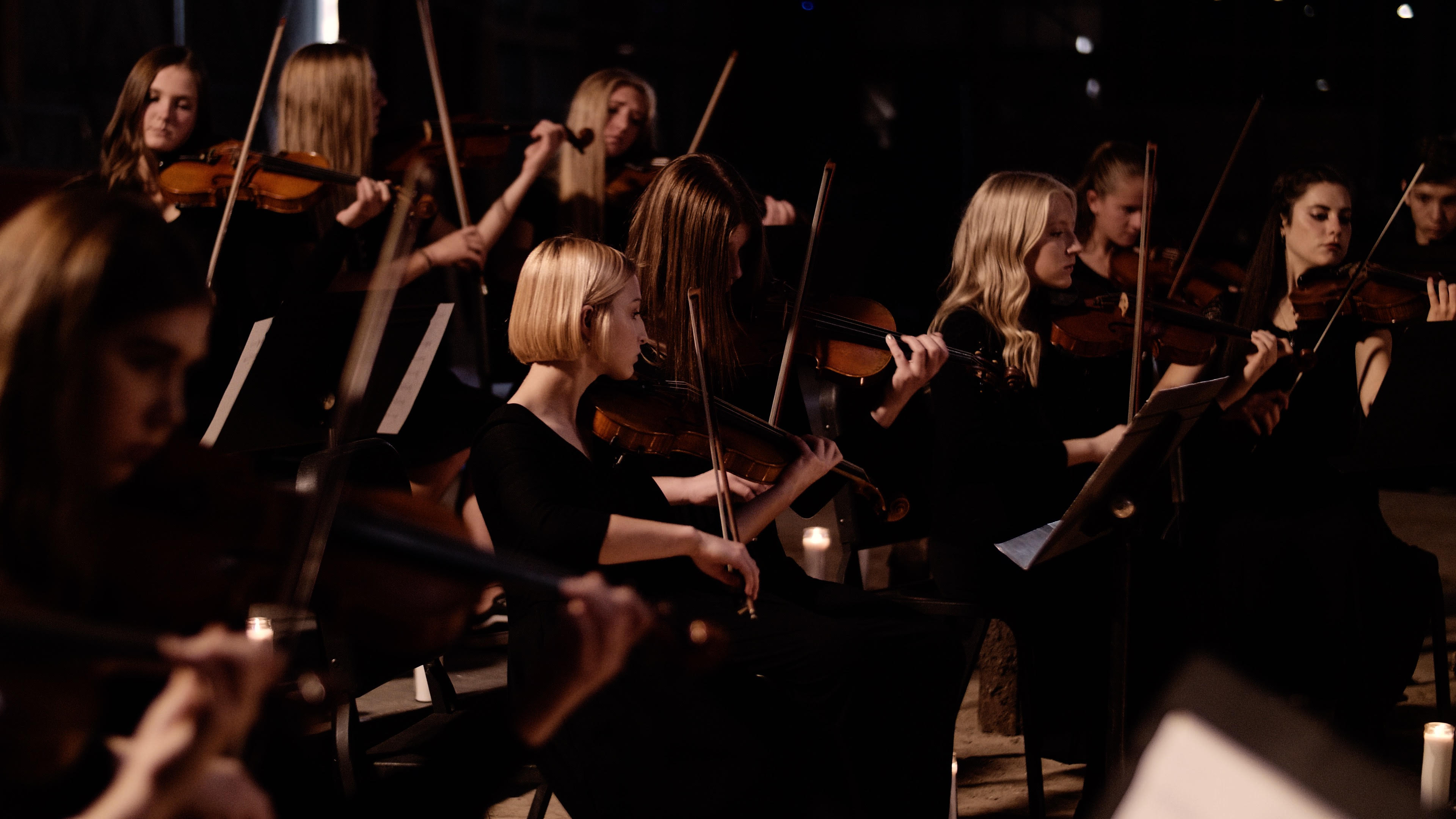 The hymn, “O Gladsome Light,” was translated from the Koine Greek, “Phos Hilaron” (Ancient Greek: Φῶς Ἱλαρόν) and is often referred to in Latin by its Latin title “Lumen Hilare.” The song was first recorded by an unknown author in the Constitutiones Apostolicae which was written in the late 3rd or early 4th century A.D. It is found in a collection of songs to be sung in the morning, in the evening, before meals, and at candle lighting. Because “Phos Hilaron” is to be sung at the lighting of candles in the evening it is sometimes known as the “Candle-Light Hymn.” It is the first complete example of a song to be considered an actual hymn in the modern sense.

The hymn would have been sung by men actually in the empty tomb of Christ. At that time in Jerusalem a candle was kept perpetually burning in the empty tomb. The glow of the candle was a symbol of the Living Light of Jesus Christ. As Christians gathered to worship, the hymn was sung and, in a tradition known as the lighting of the lamps, the candle was brought forth from the tomb, its bright, solitary flame calling the church to celebrate the resurrected Lord.

Speaking about the making of the video, Kayson Brown, said, “We did our best in the video to recreate a sacred space that would fit our large youth orchestra and GENTRI in a tomb-like setting. The video is rife with light, symbolism, and can hopefully educate a little as it inspires.” He added, “I love hearing new stories about how music, faith, and symbolism connect us today to Christ in the same way it has always done. These are powerful, even universal elements of worship.”